In China, Muslims were herded into concentration camps

In China, about 120 thousand Muslim Uighurs sent to political and educational camp in the city of Kashgar in the Xinjiang Uyghur Autonomous region (XUAR). About it reports CNN with reference to Radio Free Asia. 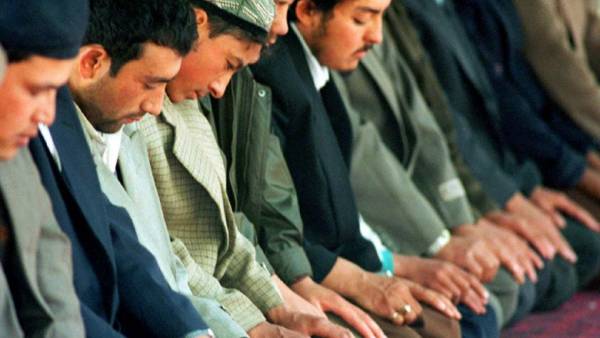 In one of the largest regions of China, where the main religion is Islam, the government has created a political camp, which re-educate tens of thousands of Uighurs. There they sing revolutionary songs, learn the ideas of Chinese President XI Jinping, speak Chinese, which they are not native. The locals speak the Uighur language.

Such actions of the Central government caused a sharp condemnation from the activists of the struggle for human rights and local residents.

“From each household, each family taking three or four people, says Kenat Omer (Omer Kanat), Chairman of the Committee of the world Uyghur Congress. In some villages, on the streets there are men, women and children, all the men were taken to camps.”

Activists claim that the actions of local government, loyal to XI Jinping, illegal. The government not only arrested and imprisoned Uighurs potentially dangerous, but and put are security cameras everywhere, force install GPS sensors on the vehicle collect DNA samples of residents aged 16 to 65 years.

Through the Xinjiang Uygur administrative region, the majority of people who practice Islam, China to penetrate the radical Islamists from Pakistan and Afghanistan. Measures of the Chinese government aimed at combating terrorism and the control of the Muslim population of Xinjiang, the main city of Urumqi which is close to the capital of Iraq Baghdad than to Beijing.