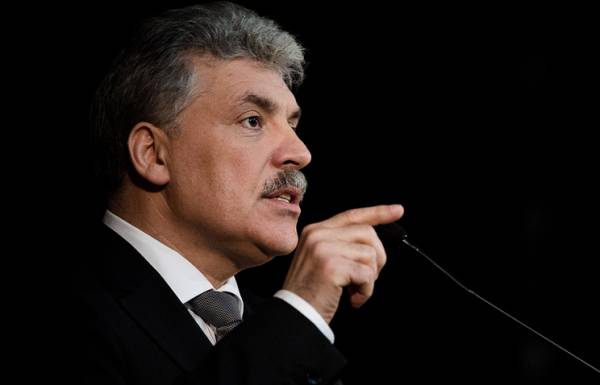 MOSCOW, February 3. /TASS./ The candidate in presidents of the Russian Federation from the Communist party Pavel Grudinin assured the delegates of the Congress of the “Left front”, which implements mandates received from this movement. Congress called the organizers of “recovery”, as this is the first forum held after the liberation in August 2017 from prison of the leader of “Left front” Sergei Udaltsov.

“I’ve read your orders, which is the “Left front” was put on the site, and I can tell you that all of your orders, I and the Communist party have placed in the program. If you will come to the polls and win, then these orders will be fulfilled,” promised the candidate. Grudinin made at the Congress for the elimination of microfinance institutions, the nationalization of banks and strategic industries. “This is our plan, when we have our wealth – to give the chance to work for the people, to avoid these microfinance institutions, the banks were public, all the strategic sectors nationalized,” he said.