The Director of the CIA Mike Pompeo explained the recent arrival of the heads of Russian intelligence services in Washington care about the safety of Americans. According to Pompeo, similar meetings are held regularly, according to Reuters. 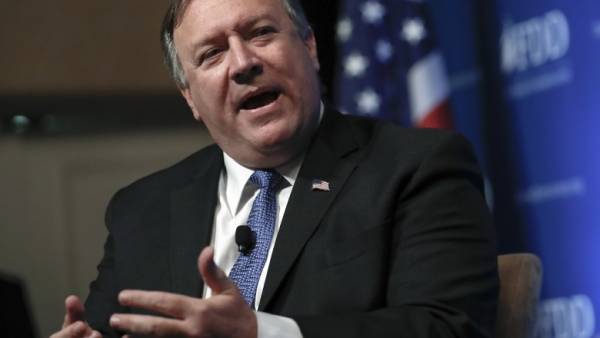 Approval Pompeo, negotiations with the Russian colleagues are mainly on topics where there are differences. “Despite the fact that Russia remains the enemy, we would put the lives of Americans under a more serious threat if ignored the possibility of cooperation with the Russian special services in combating terrorism,” — said the head of the CIA.

At the same time, as noted by Mike Pompeo, the meetings are held in a normal environment.

Earlier it was reported that last week Washington was visited by the Director of the FSB Alexander Bortnikov, Director of foreign intelligence Service, Evgeniy Naryshkin, head of the Main Directorate of the Russian General staff (known as GRU) Igor Korobov. It is known that Bortnikov and Sergei Naryshkin met with the Director of the CIA Mike Pompeo. Appointment with Korobov was not reported.