Scientists at the Institute of theoretical physics named after L. D. Landau, under the leadership of academician Alexei Starobin suggested a new description of the cosmological constant, which determines the density of dark energy. 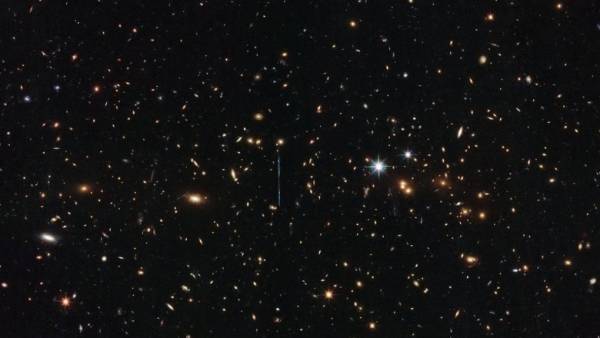 In the developed model cosmological constant is not constant, but slowly decays into dark matter, and the speed of this process does not depend on external conditions, and is subject solely to internal properties of the dark energy. A study published in the journal MNRAS.

This model allows to explain the anomaly in the observed parameters of the redshifts.

“If Einstein is right 100%, then dark energy is unchanging and eternal. But what if he’s right, only, say, 99.99%? — asks Alexei Starobin. — Dark energy in nature so much that if even a tiny fraction of it for 14 billion years, have elapsed from the period of the Big Bang, was divided into known elementary particles, including photons — the quanta of light, it would be a huge new source of useful to mankind energy.”

If the independent observations of the baryon oscillations in the larger groups of distant galaxies and quasars, as well as other tests not refuted this result, it can be considered as a confirmation of the model Starobin and colleagues.