Music producer and publisher Alexander Cheparukhin published on its YouTube channel a previously unknown interview with the first President of Russia Boris Yeltsin. The meeting was held in 1990 on the train Moscow — Riga. 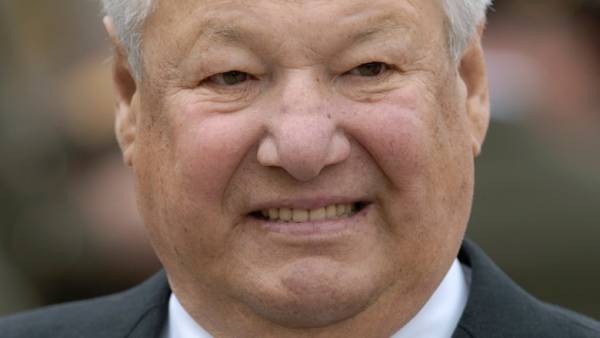 In his post on Facebook Cheparukhin says that in the years of perestroika was a graduate student, researcher, Moscow state University and environmental activist, and wanted to meet with Yeltsin, because he believed the policy of “giant of the struggle for real freedom” and wanted to “place the West a “real” leader of the country.” “The case was presented immediately after his [Yeltsin’s] election as the Chairman of the Supreme Soviet of the RSFSR at the end of may 1990,” he recalls.

Then his friends — Austrian journalist Werner Kreutler and Deputy editor of the magazine “Spark” Valentine Yumashev — has learned that Yeltsin sent by train to Riga. Cheparukhin convinced the security guard politician that they are “fans of Yeltsin” and after a few minutes they were already recording the conversation on a videotape.

Interview and our story took a turn for the Austrian newspaper Kurier. It was reprinted in almost all the Newspapers of the world. It was the first interview of Yeltsin for a few years.Alexander Ceparegistry producer and publisher

The author of the post added that the met “sincere, sentimental, honest man” who spoke “for life” and I almost cried, “marveling at the meanness of his former associates.”

In an interview with the first President of Russia (in 1990, still the Chairman of the Supreme Soviet of the RSFSR) talks about the decline in the authority of the “Union government”, the prospects of receiving support from Western countries, charity, purpose, radical reform of democratization, talks about risks and mistakes along the way and complains that fellow citizens “lost humanity, even though they have good roots and traditions”.

Yeltsin led the country in 1991. Five years later he was re-elected for a second term. December 31, 1999, the politician announced his resignation. The acting was appointed Chairman of the government Vladimir Putin.