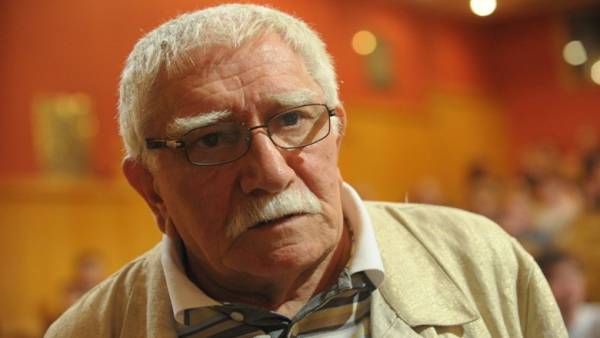 “Armen Borisovich again hospitalized in one of the capital’s hospitals, but this time with a heart attack in an unconscious state. Now he needs rest and treatment,” — said the Agency interlocutor.

According to the source, “the actor by ambulance after the first viewing live TV on the First (channel)” with the participation of his ex-wife Vitalina Tsymbalyuk-Romanovskaya, the divorce with which the environment has entered into force. “Attack Dzhigarkhanyan is that he nedolechili pneumonia, so there were some complications, he needed urgent hospitalization,” said he.

In the Dzhigarkhanyan theater TASS confirmed the hospitalization of the Director.

“Armen Borisovich was some time in the hospital, then came out and again went to the hospital to continue treatment, but without the ambulance. At the moment he’s in the hospital and continues treatment,” — said the head of the troupe, the representative of the theatre public relations and the media Vyacheslav Dyachenko, adding that Dzhigarkhanyan was admitted to hospital on Tuesday.

In history he was in the hospital for more than three days can not stand, he is a man of expressive, maybe tomorrow out of the hospital.Vyacheslav Datingsiteguy troupe, the representative of the theatre public relations and the media

Dzhigarkhanyan was admitted to a hospital from his theatre in Moscow City clinical hospital № 1 named after N. I. Pirogov with suspicion on a hypertensive crisis 17 Jan. Earlier it was reported that doctors were suspected neuralgia, they also do not exclude that an artist could catch the virus. Doctors conducted examination, EKG, x-rays and other procedures, no serious illness had been identified.

Previously doctors Dzhigarkhanyan was transferred to the Department of cardiology where he underwent cardiac monitoring, as feared complications of the heart due to a virus. He was discharged from the hospital on January 23.