Scientists have found out friends of brain activity

For two people who consider each other friends, have similar patterns of brain activity.

For two people who consider each other friends, have similar patterns of brain activity. It found American scientists who have tracked the neural activity of people with different social connections when you view the different videos. Scientists, article which was published in the journal Nature Communications, was also able to predict the friendship between two people according to their brain activity.

People often choose their friends according to similar characteristics: besides the obvious (common interests and a unified team) it can be also demographic categories such as gender, age and even race. The tendency to choose friends “their own kind” is called homophilia.

Research homophilia, however, mainly focused on search and analysis of these characteristics: nevertheless, the choice of friends may have a biological basis.

In the new work, researchers from Dartmouth College under the direction of the Waist Whitley (Thalia Wheatley) was built by count of social ties 279 students enrolled in one University program. To do this, the researchers asked the students to provide data about someone from a program they believe the edges on the graph merged the vertices (people), who reported a mutual friendship. Participants also provided data on their sex, race, nationality and age. 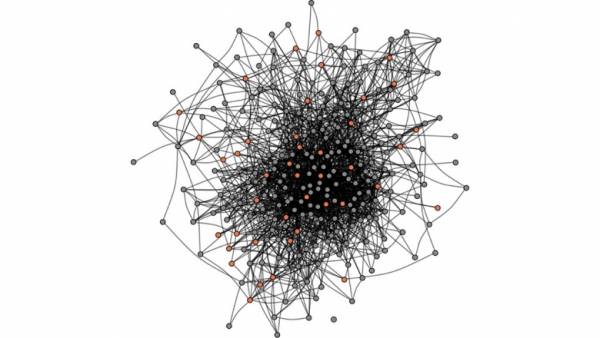 Of all students surveyed, 42 people took part in the fMRI study. During the scan they showed a few small movies (Comedy, documentary or advertising), for example, a video on the work of the orphanage for baby sloths in Costa Rica:

Analysis of scan results (it is worth noting that the researchers took into account the possible influence of demographic data) have shown that brain activity while watching video correlates with the length of social distance on the constructed connection graphs students: neural activity friends was significantly (p < 0,004) more similar to each other than the activity of other pairs of students. Moreover, scientists were also able to predict friends with the same patterns of brain activity with accuracy 48%.

Among the brain areas, which were characterized by high “common” for the friends activity turned out to be the upper part of the parietal lobe responsible for attention, as well as areas whose activity is associated with emotional perception: the amygdala and the nucleus accumbens.

Brain activity during observation of what is happening in the surrounding world, reflects the human reaction to it; similar patterns of activity characteristic of the friends, indicates that the basis of friendship are similar to mechanisms of how people perceive and interpretiruya the world around them. The authors, however, note that such a phenomenon should be explored further: at least to determine whether similar brain activity is a cause or consequence of building friendships.