“Love karma”. In the US, the thief paid for rush

In the U.S. city of Bothell woman tried to steal other people’s packages, but immediately paid for it, and fell, apparently breaking his leg. A video of the incident posted on the Youtube channel Viral Hog. 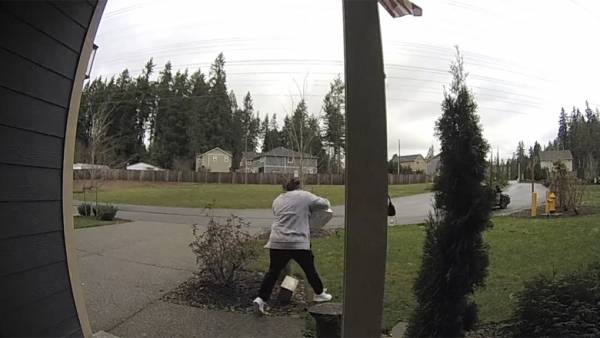 The record shows that the courier brings the parcel to the house, and after some time of staying near the machine runs girl. She grabs the parcel and runs back to the car, but slips on the grass, and then can’t get up.

Apparently, she broke her leg in the picture you can see the unnaturally twisted ankle. Her accomplice on hand carried the girl into the car and then returned for the boxes.

According to the portal Katu.com in one of the stolen boxes was expensive medication. “I hope someone will be able to recognize these villains. Love karma, well she repaid them,” wrote Facebook user David Ababneh, who published the video.

According to police, on Tuesday, the two suspects were arrested. Their identities were not disclosed.