Vladimir Putin will meet in Sochi with the selected winners. 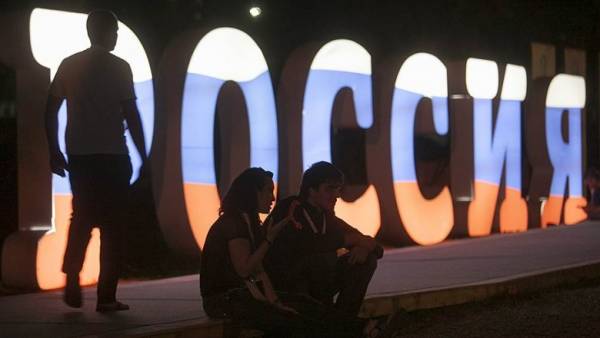 Wednesday will be published the list of those who will participate in the final stage of the competition “Leaders of Russia” from 7-11 February in Sochi. Among them was, as officials and business representatives. One of the tests for them will be communicating with high school students in Sochi: the students will have to decide whether it applies in life lectures about leadership. According to “Kommersant”, 11 February winners unable to meet with President Vladimir Putin. In the presidential campaign it is important to show the existence of “the bench”, he said.

The final selection of finalists “Leaders of Russia” will start from February 7 in Sochi center “Sirius” (the head of the “Sirius” Elena Shmeleva became co-Chairman of the election headquarters of Vladimir Putin). The list of those invited in Sochi, will publish today. Among them are representatives of the mayoralty of Moscow (the representative of the Department of territorial Executive authorities of the city Anton Alekseev), Moscow region (the Minister of economy and Finance Michael Ahn), Deputy Chairman of government of Udmurtia, head of the Association of mentors of the SKOLKOVO Mikhail Khomich. Got to the final, Deputy Director of the project Department of the government of the Russian Federation Andrei badin. Appeared in the list of representatives of Rosatom state Corporation, OJSC Russian Railways, Sberbank of Russia, “Kaspersky Lab”, the CSR (Maria Shklyaruk).

One of the tests they will be conducting lessons in schools Sochi.

Participants should tell high school students about leadership, then the students will fill out the questionnaire: how applicable in life what they heard. These estimates will impact the final score of the finalists. The program has a “teambuilding event”. As assured “Kommersant” Director of the Higher school of public administration, Ranepa Alexey Komissarov, this time “without extreme”.

The final test will take place in the form of tests, business games, solving of cases, specified teachers.

Workshops contestants will hold the mayor of Moscow Sergei Sobyanin, head of the Center for strategic development Alexey Kudrin, foreign Minister Sergei Lavrov, Director of development projects of the Institute of PEMANDU in the Prime Minister of Malaysia Datuk Christopher tan, the Minister of economic development Maxim Oreshkin. In the capital mayoralty “” have confirmed the participation of Sergei Sobyanin, saying that he plans to deliver a lecture. About leadership discuss the topic with each other, the governors Alex Dyumin (Tula oblast), Anton Alikhanov (Kaliningrad oblast), as well as acting heads of regions Dmitry Azarov (Samara oblast), Gleb Nikitin (Nizhny Novgorod region), Andrey Klychkov (Oryol oblast). Will also perform the first Deputy head of the presidential administration (AP) Sergei Kiriyenko.

According to “Kommersant”, the finalists can meet on September 11 in Sochi with Vladimir Putin.

Participation in this meeting will be those, whom the organizers call “mentors”. Earlier, the President spoke about mentoring. In November last year, the Governor of Belgorod region Yevgeny Savchenko promised the President to grow a pair. The promise he began to fulfill: as reported by “Kommersant” on 29 January, first Deputy mayor of Belgorod will appointed the nephew of the Governor of Michael Savchenko.

This competition is conducted by the Commission under the President of the Russian Federation on issues of state service and management personnel pool on behalf of the President of the Russian Federation. The Commission is chaired by the head of the presidential administration Anton Vaino. According to mister Komissarova, those who were dissatisfied with the assessments appealed. “We explained how to improve competence, and they will be able to participate in the competition next year,” — he said “Kommersant”.

“One of the motives of Vladimir Putin’s campaign is to show the bench, to demonstrate to the electorate that the charges in the tenure of the government do not address,” says political consultant Leonid Davydov. “That’s competition, that’s a change, and well, if before the election someone of the finalists will be employed”, — the expert believes. This will prove that “social mobility” work, he says.