Italian married a nurse who donated a kidney to him

ROME, 31 Jan — RIA Novosti, Alexander Logunov. A resident of Pisa Italian married to a nurse, a few years ago donated his own kidney, according to the Tuscan newspaper La Nazione. 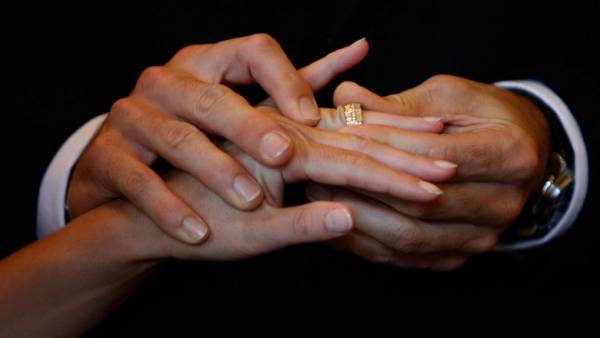 Giacomo Schinasi and Cinzia’s Stracquadanio met five years ago in a dialysis unit of Pisa hospital, where Skenazi, Secretary of the local Jewish community, was undergoing treatment of acute kidney failure. The medical procedure took place three times a week, which was enough to between nurse and patient having feelings. When transplantation became imminent, it became clear that the kidney women is 99% compatible with the body of her patient. The kidney transplant took place in July 2014, the newspaper notes.

The affair escalated into a wedding, which the couple celebrated over the weekend, the report said.

“I remember when I first saw it. I immediately understood his concern, worry and doubt. We turned to each other for you. I got some fluids in him, I remember thinking “I Hope he’ll be fine”, — quotes the words of the bride to the newspaper.