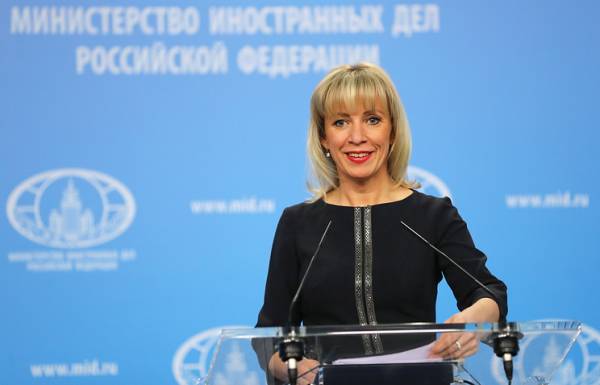 MOSCOW, January 31. /TASS./ The Russian side considers it a political mistake to refuse the participation of a number of Syrian political opposition in Congress for national dialogue in Sochi. This was stated on Wednesday by the Director of the Department of information and press of the Russian foreign Ministry Maria Zakharova.