The researchers named Thomas Kyd is the author of “Edward III»

An anonymous play of the sixteenth century “Edward III”, whose author has long believed William Shakespeare was almost completely written by another famous English playwright of his time, Thomas Kyd. 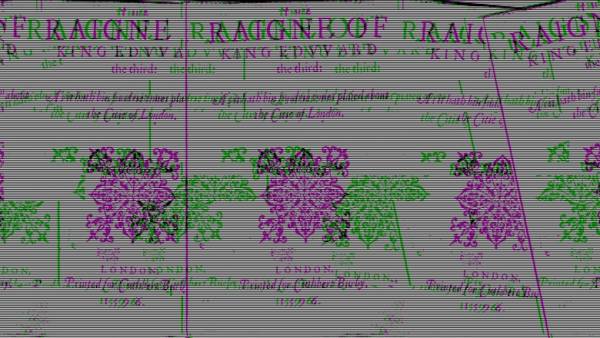 An anonymous play of the sixteenth century “Edward III”, whose author has long believed William Shakespeare was almost completely written by another famous English playwright of his time, Thomas Kyd. It found Australian researchers, who analyzed the text of the play and compared it with the works of Kyd and Shakespeare. Preprint of article published in arXiv.

Historical chronicle “Edward III” (also known as “the Reign of king Edward III”), which tells about the reign of this English king who started the hundred years war, was first published in 1596. At a time when the publishing of plays was not yet customary to include the names of their writers (the play belonged to singing it the actors or the publisher), so the name of its author, or authors, is unknown to us.

Nevertheless, most researchers believed that it partially or completely wrote William Shakespeare. Some scientists suggest that the play could be written and other playwrights of the time (e.g., Christopher Marlowe).

In 2015, the British Shakespearean actor Brian Vickers (Brian Vickers) has published the results of works devoted to the definition of authorship “Edward III”. The author has compared the play with the works of William Shakespeare and other English playwright of the Elizabethan era, Thomas Kyd.

Text analysis was conducted using the counting and comparison of n-grams — sequences of n words in the text. Typically, this method is used to detect plagiarism: breaking the two texts in such small passages, it’s easy to determine their degree of similarity.

This approach is applied to determine authorship: a sequence of words used by one author are more likely to meet in his work than in the work of another author. For the analysis of anonymous plays, Vickers chose trigrams (i.e., sequences of three words); the researcher came to the conclusion that, of the 19 scenes of four plays written by Shakespeare, 13 — kid, and the other two by unknown author.

In his new work of Australian scientists led by Roger Bradbury (Roger Bradbury) from the Australian national University in Canberra analyzed the text of “Edward III” and two famous works by Shakespeare and Kyd (“Venus and Adonis” and “the Spanish tragedy”, respectively) to identify the psychological patterns of an individual style of writing literary works. To do this, scientists used they have developed a method of semantic analysis, which involves: