The Congress of netdialog Syria in Sochi approved three documents

SOCHI, 30 Jul — RIA Novosti. At the end of the Congress national dialogue Syria in Sochi approved three documents, including the list of candidates to the constitutional Commission, said the special representative of the Russian Federation on Syria, Alexander Lavrentiev. 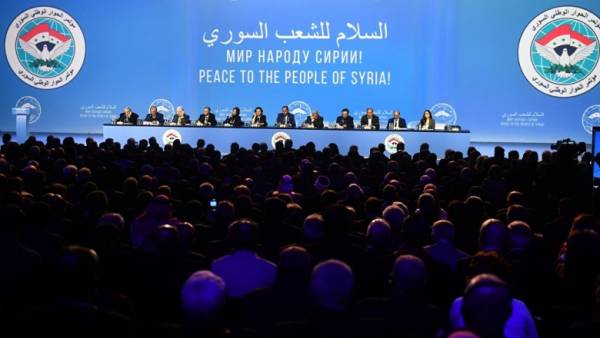 “Approved three documents. This final Declaration, the appeal of the participants, as well as the list of candidates to the Commission for consideration of issues related to the development of the Constitution, i.e. the constitutional Commission. It will be sent shortly after approval still a small specific names Staffan de Mistura — representative of the Secretary-General of the United Nations for further work”, — said the Lavrentiev at a press conference.

The Congress of national dialogue Syria took place on Tuesday in Sochi with the participation of all political, ethnic and religious groups of Syria. A key objective of the Congress was to start work on the new Constitution and the formation of the constitutional Commission.