Putin urged his Trustees not to give impracticable promises to citizens

The acting President added that people “will forgive anything but deceit can’t forgive.” 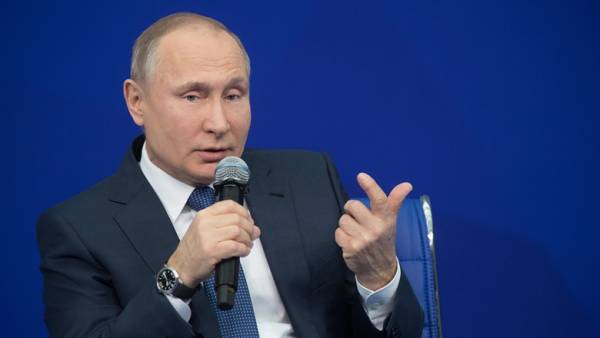 MOSCOW, January 30. /TASS./ Vladimir Putin announced his intention to run for President of the Russian Federation, warned his Trustees to give unrealizable promises to the electorate.

Thus he commented during a meeting with the Trustees in Gostiny Dvor proposal to increase support for farmers. “I would like at times, we need to look at it. But in any case it is impossible — and I never do, and I ask you very carefully to treat this is to make such promises during the meetings with the citizens, which we do not understand how to perform”, — said Putin.

He appealed to treat “responsibly and carefully”.

Because people will forgive anything but deceit can’t forgive — and rightly so.Vladimir Putin

According to him, all the promises must be precise and feasible. “But what we can and must develop the social sphere in the village is absolutely sure,” returned Putin to the topic of support for farmers.