Putin: the authorities will help the students to get education abroad

MOSCOW, 30 Jul — RIA Novosti. The authorities of the Russian Federation will help undergraduate and graduate students to receive an education, including abroad, said Vladimir Putin. 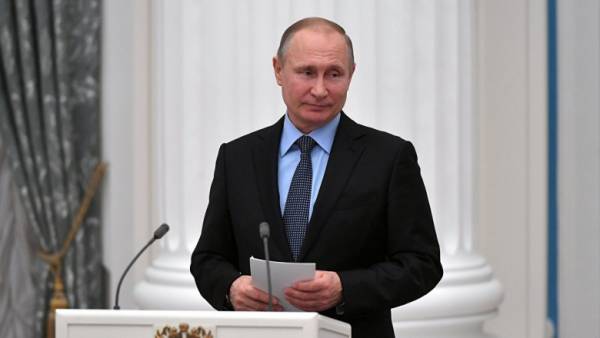 Of course, education in the modern world must be open, we will help to get an education abroad. But if such a network structure to create, maybe you do not need the money for a ticket to spend, because in today’s world you can do everything differently.Vladimir Putin

“Now, regarding combining capabilities of different structures of higher education. You know, because you do it to yourself — Moscow state University, St. Petersburg state University and ten of our Federal universities — that they did. They build now the interuniversity program between them, which can easily exploit or student, or PhD student, thus having access to the programs not the University or institution where studying, and other educational institutions. And such cross-cutting programs — they need to be further developed, not only between the Federal universities,” he added.