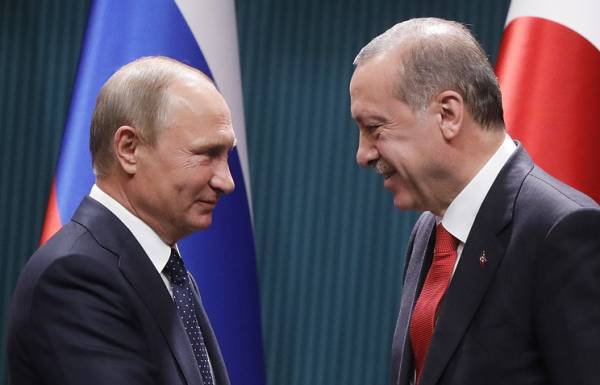 MOSCOW, January 31. /TASS./ The presidents of Russia and Turkey Vladimir Putin and Recep Tayyip Erdogan held a telephone conversation. As reported the press service of the Kremlin, according to the results of this conversation expressed satisfaction with the outcome of the Congress of the Syrian national dialogue, which was held on January 30 in Sochi, and stressed the importance of implementing the agreements reached.