Medvedev called not getting into the “Kremlin report” reason to quit 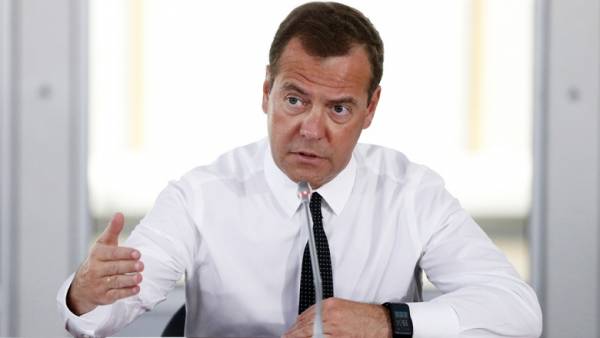 “The value of this list is zero, it tends to zero”, — said the Prime Minister. According to Mr. Medvedev that if Russia has prepared a list, which included “the administration of the President of trump as a whole, the house of representatives, Senate (U.S.), Supreme court, office of attorney General”, “what would have happened in America — nothing.” “The same thing will happen in our country — nothing,” he said.

Dmitry Medvedev also said that the US has no other people for contact with Russia except those who came in the “Kremlin report”.

29 January the US Treasury Department released a document about the officials and businessmen close to Vladimir Putin. In total, the list includes 210 people — 114 96 officials and businessmen. Among included in the list of Dmitry Medvedev, as well as all members of the government. Getting into this list does not mean automatic imposition of sanctions. Vladimir Putin himself in the list are not included.