In the winter of 1958 the French newspaper came out with headlines: “Saint Laurent has saved France”. It happened after 30 January 1958, exactly 60 years ago, in Paris was held the presentation of the first collection created for the house of Christian Dior former Dior assistant, 22-year-old Yves Saint-Laurent. 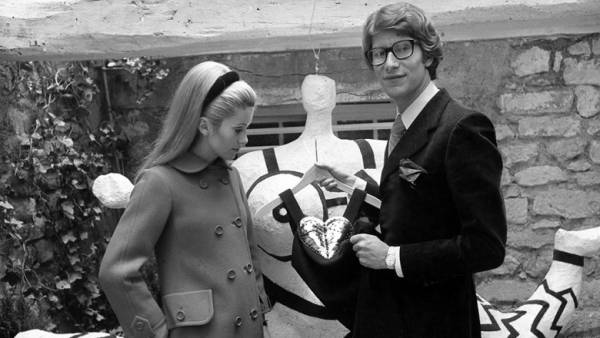 “Газета.Ru” on the women that inspired the designer over the next 50 years.

When in the 70s the writer Anthony Burgess interviewed by Yves Saint Laurent for The New York Times, asked the designer how he perceives women. And I heard — “like dolls” (as dolls). Heard it incorrectly — in fact, Saint-Laurent said “as idols”: throughout his life he was surrounded by women, many of whom were his most devoted friends.

He was always surrounded by women — they were his business, cared for him, shared with him the joys and sorrows. The biggest impact it has had seven of them.

Not counting his mother, of course, which raised his interest in fashion and have supported it since the beginning of my career.

The model made her Christian Dior — he offered the girl to change her name from Jeanne to Victoire. The fashion house Christian Dior, she was in 1953, a few months before Yves Saint Laurent went there as an assistant.

They quickly became friends: it was Victoire came out in a wedding dress-the trapeze at the first Dior fashion show, the self-made Saint Laurent after the death of the master.

When in 1960 Yves Saint Laurent left the house, she went after him and for many years became his closest assistant, partner and Muse, 1962, the Affairs of the house founded by the fashion designer along with a partner and loved, Pierre Berge. All three connected relationships, which she Victoire was described as “very sexy”, but Pierre Berge has always refused to comment on it, considering himself a gentleman. She was the Muse of Yves Saint Laurent during the 60s, but 70 to replace a petite brunette came other favorite women — more modern, strong, independent.

With the great designer, the actress he met in 1965, in his Studio, when he came to choose the dress to meet the Queen of great Britain Elizaveti II. 22-year-old actress so fascinated him that he decided to experiment by creating a collection of images specifically for the film “Belle de jour” by Luis buñuel, released in 1967 — in fact, the idea of offering it to him was Catherine Deneuve.

This was the beginning of a beautiful friendship — until the death of Saint Laurent in 2008, the actress supported him in moments of falls, and at the peak of fame.