“Lists has caused anxiety among the elite and angered the Kremlin»

January 29, the U.S. Treasury Department released the so-called Kremlin report — a document about the officials and businessmen close to President Vladimir Putin. It included 210 names: 96 businessmen with a fortune of more than $1 billion, and 114 Russian politicians. How it responded to the foreign media — in the compilation of “y”. 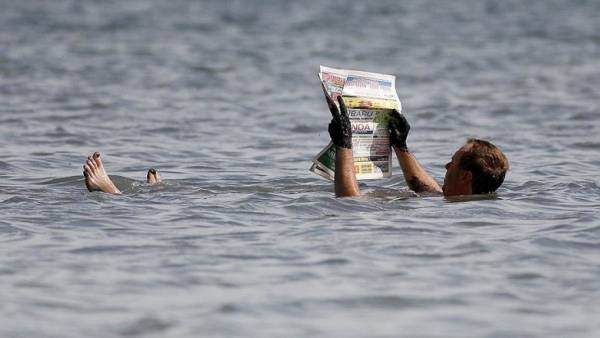 In a public option (report.— “B”) includes 96 of the oligarchs, whose fortune reaches $1 billion or more. The classified version, which was not published, was to contain, as expected, details about how these people close to Mr Putin and his ruling elite, and information concerning their involvement in corrupt activities, Many… experts expect that the report will highlight Russian businessmen and officials, who are believed to be closely associated with Mr Putin, and it will create the basis for future sanctions. However, the published version, apparently, contains almost no analysis of any political influence… the list is missing several liberal-minded high-ranking officials, including the head of the Central Bank Elvira Nabiullina, the head of “RUSNANO” Anatoly Chubais and former Finance Minister Alexei Kudrin, who advises Mr Putin on economic issues… a List of 96 people included in the list of oligarchs, precisely coincides with the list of billionaires in last year’s rating of magazine Forbes. In the classified version of the report may be the names of the business, the condition of which does not exceed $1 billion.

Informally known as “Putin’s list” released this seven-page document is a kind of biographical dictionary of the Russian elite with political connections. The idea of Congress was to call names and defame those who believed to benefit from Putin at the time, as the US is trying to isolate his government diplomatically and economically… the publication of the list, probably at least partly soften the disappointment of a number of congressmen about the fact that trump has decided not to impose on anybody in Russia with new sanctions.