In Soyuzmultfilm spoke about the new series, “Prostokvashyno»

MOSCOW, 31 Jan — RIA Novosti. The creators of the new series about the heroes of the Soviet cartoon “Three from Buttermilk” want to keep its atmosphere, but to bring modern realities, it is expected that up to 2020 will be issued 30 series, said the Studio “Soyuzmultfilm”. 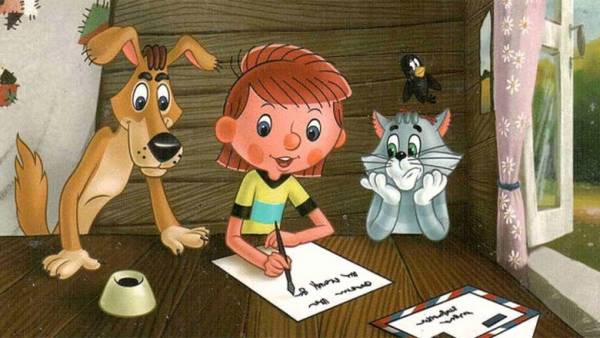 “The film Studio “Soyuzmultfilm” announces the imminent release of new stories for the iconic film Studio characters from the cartoon “Three from Buttermilk” (1978), “Holidays in Prostokvashino” (1980) and “Winter in Prostokvashino” (1984). Only in the period from 2018 to 2020 will be issued 30 series, 6.5 minutes; the General timing of releases will be 195 minutes”, — stated in the message.

All series will be performed on a new technical basis, a film with a traditional “Buttermilk” technique of hand-drawn animation.

Before our creative team is an interesting challenge — to keep the atmosphere of the old cartoon and bring it to modern realities. I really want to believe that the continuation of the story about “Buttermilk” will appeal to children and parents that they will love the new characters.Alena Aativities producer of the project

Oyateva noted that “the world changes all the time, and that means you need to re-settle it, tell about it and do better.”

“Characters “Buttermilk” are able to make a complex world more kind and friendly, and this is their amazing ability we want to keep and prolong in time,” added creative producer of the project.