“Armata”, “Sarmatians” and “Zircons”: what are the priorities of the state armament programme until 2027

The emphasis of the new SAP will be placed on the development of nuclear deterrence forces and supplies to the troops and precision weapons. TASS talks about the major weapons innovations of the Russian army in the next decade. 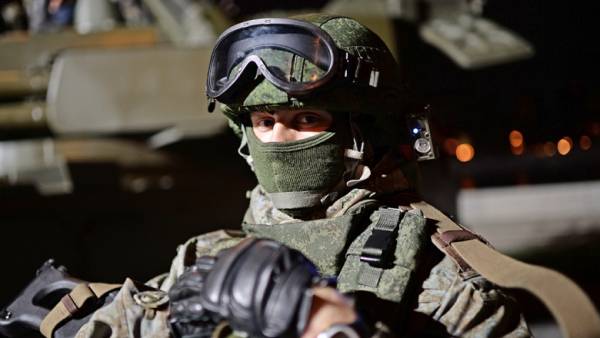 Russian President Vladimir Putin announced the adoption of a new State armament programme (SAP) 2018-2027 years. He stressed that during these years the military-industrial complex (MIC) Russia will work “steadily and rhythmically” and the strategic objective is to increase by 2025 the share of civilian products in the defense enterprises to 30%, and by 2030 — up to 50%.

Only the implementation provided by SAP 20 trillion roubles, from them 19 — for procurement, maintenance and development of weapons and military equipment. Special emphasis will be placed on equipping the forces with precision weapons of air, land and sea-based unmanned strike complexes, as well as means of individual equipment, the latest systems of intelligence, communications and electronic warfare.

According to representatives of the military leadership of the country, school will be in missile complex “Sarmat”, anti-aircraft missile system (AAMS) C-500 and hypersonic missile “Zircon”. Have to complete project work of armored vehicles on the platform “Armata”, “kurganets” and “boomerang”, as well as the supply of new T-90M and testing globalmediaservey T-80БВМ. With regard to aviation, scheduled the adoption of the latest su-57 (PAK FA, known as T-50) and the MiG-35, modernization of Tu-95MS and Tu-160M and Tu-22M3, as well as the development of advanced long-range aviation (PAK DA).

For the Navy (VMF) in the LG include the construction of an underwater cruiser of strategic purpose “Borey-B” (further development of the project 955A) and surface ships with precision weapons. In addition, we plan to 2025 the two helicopter, equipped with the latest marine helicopters Ka-52K “Katran”.

I think that the future programming period will be characterized by the introduction of new types and systems of weapons. The achievements obtained in this direction leading enterprises, can count on the fact that 2025-2026 years we’ll have a brand new weapons that will make serious changes in the strategy and tactics of armed struggle.Yuri Borisovskiye of defense

For the first time in the state armament program for the period up to 2027 included expenditures (1 trillion rubles) for the construction of infrastructure for the latest technology, to enter the army.

Among the priorities of the new SAP — development of strategic nuclear deterrence forces. “We fix a further attempt to break strategic parity with the deployment of a global missile defense system, and strike systems, comparable with nuclear weapons in non-nuclear performance, but its impact and precision little inferior to nuclear,” said the President of the Russian Federation.

Why such a weapon? I believe, with only one purpose — to blackmail, because there is the illusion possible unpunished blow.Vladimir Putin the President of Russia

According to Putin, Russia’s nuclear forces are at a level that provides for reliable strategic deterrence, however, it is necessary to develop them further. By the end of 2017, the share of modern weapons in the “nuclear triad” of Russia has reached 79%, and by 2021 the nuclear forces land-based need to be equipped with new weapons to 90%. We are talking about missile systems, able to confidently overcome even existing and promising missile defense system.

In the SAP strategic Rocket forces (RVSN) will start to receive the newest Intercontinental ballistic missile (ICBM) “Sarmat” and “Frontier”. Also, according to the Chairman of the Federation Council Committee on defense and security, ex-commander of the HQs of the Russian Federation Viktor Bondarev, “it is planned to update the strategic missile systems: decommissioned “Topol”, replacing them with more modern and sophisticated “YARS”. According to the commander of the strategic missile forces Sergei Karakayev, terms of service, challenges in service heavy ICBM “Voevoda” it is planned to extend until 2027.

According to Deputy defense Minister Yuri Borisov, the missile “Sarmat” will be so powerful that it can fly to targets not only across the North pole, but also through the South, that is, will have almost global range.

The creation of the heavy liquid Intercontinental ballistic missile silo-based missiles “Sarmat”, which will replace the standing armed with R-36M2 “Governor”, started in 2013. According to open sources, its payload will reach 10 tons of 8.75 against its predecessor. It is expected that the missile will go into service in 2019-2020. The “Governor” will remain on duty until at least 2024, and it is planned to extend its operation until 2025-2027 years.

Also few years ago began the creation of mobile ground missile complex RS-26 “Rubezh”, which is the development of draft RS-24 “YARS”, with a new guided warheads to break through missile defense. According to experts, its maximum range is 12 thousand km, but it can be launched at targets and at ranges of the order of 2-6 thousand km (which, according to the U.S. violates the INF Treaty).

For the Navy in the SAP planned deployment of new models of high-precision weapons on the corvettes and frigates with guided missiles. In particular, according to the source TASS in the military-industrial complex (MIC), we are talking about hypersonic anti-ship cruise missiles “Zircon”. In November 2017 on the presence of these missiles in the Arsenal of the Armed forces said the Senator Viktor Bondarev.

The naval part of the new SAP one of the priorities is the construction of corvettes of project 20385 20386 and and frigates of project 22350 22350 and M with high-precision weapons, including cruise missiles “Caliber-NK” hypersonic missiles and “Zircon”a source in the defense industry

The Russian Navy is a total of five project 20380 corvettes, five in process of construction. Based on two of the Corvette modernized project 20385 and one — 20386. Possibly, the source said, the order for these ships will be increased, their construction will be engaged in the Kaliningrad factory “amber” (currently corvettes built at the St. Petersburg “Northern shipyard” and the Amur shipbuilding plant). In different degree of readiness there are four frigates of project 22350, which is building a “Northern shipyard”.

According to open sources, rocket 3М22 from the complex 3К22 (code “Zircon”) can be launched from a universal vertical launcher 3С14, which are also used for missiles “Caliber” and “Onyx”. This complex is set on the project 20380 corvettes and project 22350 frigates.

Firing range — about 400 km, the maximum speed of the missile indicated about 4-6 swings. In April 2017, it became known that in the course of the summer tests the rocket reached eight times the speed of sound.

Universal launchers 3С14 must, according to sources in the defense industry, in the course of repair and modernization be equipped with the heavy nuclear missile cruiser project 11442 Orlan — “Peter the Great” and “Admiral Nakhimov”. Therefore, these ships will be able to use missiles “Onyx”, “size” and “Zircon”. Today, cruisers are armed with missile complex “Granit”. The completion of the ships is expected under the current state armaments program — “Admiral Nakhimov” to be commissioned in 2022, “Peter the Great” — around 2025-2026 years.