Moscow. 30 Jan. INTERFAX.RU — New anti-Russian sanctions will be directed against foreign institutions engaged in large transactions in the defense sector and the intelligence of the Russian Federation, said Tuesday the U.S. state Department. These restrictive measures should prevent trade by the Russian military and intelligence developments. 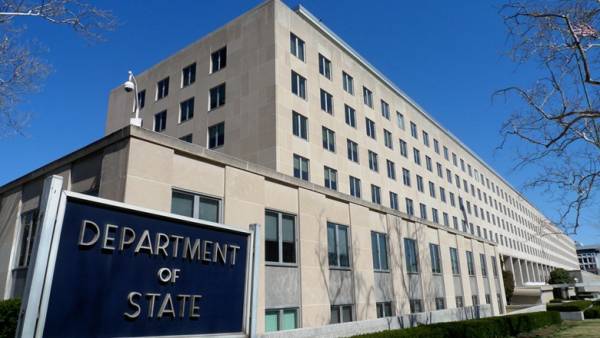 The sanctions programme will run until until Russia will not stop the action, because of which she started.

In the framework of the law “On counteraction to opponents of the United States through sanctions,” the state Department can begin to introduce from January 29 to new anti-Russian sanctions. It is noted that the state Department will not give “prior information about their actions sanction of character.” “When and if there are penalties, which can be declared, we will do”, — the statement stresses.

In addition, the U.S. state Department refused to disclose the details of the briefings that are given to the us Congress on sanctions against Russia.

Briefings are conducted to inform the relevant congressional committees on the steps undertaken in the framework of the adopted laws on sanctions.

The United States began an active sanctions policy against Russia in 2014, since the political unrest in Ukraine. Part of the restrictions imposed after the annexation of Crimea and the beginning of the military conflict in the Donbass. In 2016 Russia is accused of meddling in the election campaign in the USA.