Who said what to find your name in the sanctions list of the U.S. Treasury. 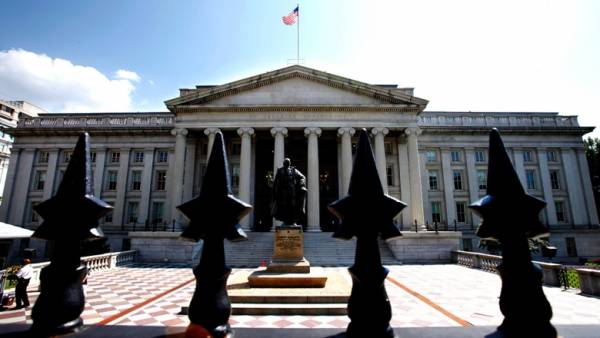 “Interfax” took comments from some of the defendants in the list of the U.S. Treasury.

Deputy Prime Minister Arkady Dvorkovich and other senior members of the Russian government entered into “the Kremlin list”.

“The Kremlin list” of the U.S. Treasury similar to the book “who is Who in Russian politics”, told reporters Deputy Prime Minister Arkady Dvorkovich.

“I as a member of the government just had to be on this list (…) we Will monitor the situation. It (the list — if) similar to the book “who is Who in Russian politics,” he said.

Included in “the Kremlin list” Deputy Prime Minister Dmitry Rogozin believes that the logic of Washington’s actions are predictable and his “Kremlin report” fit the formula “to scare and force”.

“In that part of the sanctions, which concern restrictions on the export of Russian weapons, I can say the following: the Americans remain true to themselves. They are everywhere and always use the principle of “dvuhhodovki”, first scare the buyers of our arms, and then forced to buy only American weapons,” — said “Interfax” on Tuesday Rogozin.

“I want to eat fish and a chair to sit down”, he added.

The Russian presidential aide Andrei Fursenko calmly took the “Kremlin report” the United States, noting that the publication of the document will not affect its activities.

“Actually, I’m in the sanctions list for a long time, to be honest, I don’t think something in my work will change dramatically, will continue to live and work,” — said Fursenko, “Interfax”.

“Of course, the hit to the sanctions list is not the most pleasant news, but it’s more of an emotional perception, but nothing else, no one expected, including myself,” said he.