Russia is not intimidated by sanctions, said Antonov

MOSCOW, 30 Jul — RIA Novosti. Sanctions are meaningless, Moscow such actions will not be intimidated, said Russia’s Ambassador to the U.S. Anatoly Antonov. 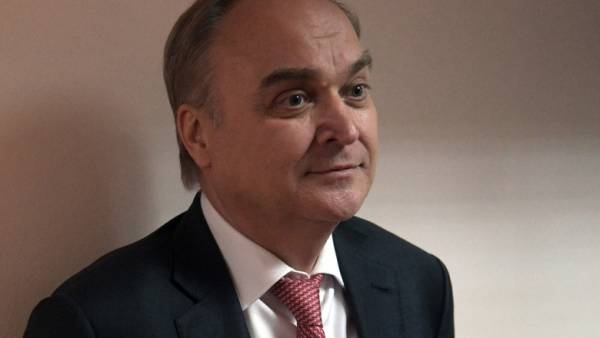 “We try to explain that the sanctions — the movement to nowhere,” said Antonov in interview to TV channel “Russia-24”, an excerpt of which was shown on Tuesday morning.

“This is not a slogan, what I’m saying, I really do. Speaking of which, let me remind you that I am the only Ambassador in the world — proudly say — which is under sanctions. I am under the sanctions of the EU and Canada. So I want to ask the question: is those policies, those people who impose sanctions against Russia, I think that we will pre-load your tail and won’t defend their positions?”the Ambassador added.

The U.S. state Department Monday gave the Congress a report on the effectiveness of anti-Russian sanctions, its authors claim that Russia lost due to sanctions billions of dollars in defense contracts.