“Kremlin report” out of date before publication

In “Kremlin report” was included as one of the Federal Ministers. However, among the heads of agencies and services WA have already shown great selectivity, incorporating essentially only the security forces, as well as among managers of state — owned companies in the list were only about 20 people, head of the largest banks, Energy companies and transport. 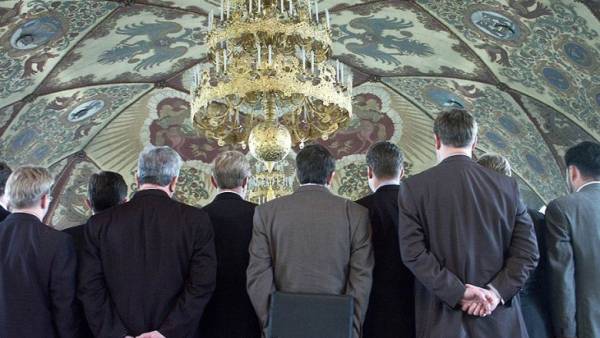 The list of businessmen from a little less than 100 people looks like a copy of the Russian Forbes list. Moreover, the lists seem to be more prepared in the summer: there are no status updates since the autumn, including the dismissal of the head of “Russian grids” Oleg Budargin or selling by Kirill Shamalov the main part of the stake in SIBUR, is not taken into account.

The most interesting, the explanatory part of the “Kremlin report” classified, however, the composition of the list of 210 people allows to make assumptions about the logic of its compilation.

All Ministers, including the Prime Minister, included in the list, apparently, just the payroll. However, to the heads of Federal agencies and services Washington reacted very selectively including in the “risk group” appeared only security forces.

None of the heads of the “civil” services, from financial to technical, including, for example, the Federal tax service, the Federal air transport Agency Roskomnadzor, suspicious, or threat, the US is not shown. They are also loyal attitude to the leaders of institutions of different forms of subordination — for example, the report does not hit the head of the Central Bank Elvira Nabiullina and the head of “RUSNANO” Anatoly Chubais.

In General proved to be loyal to the US government and top management of state-owned companies: short list looks completely linear and includes only the heads of the largest enterprises, with the sole exception of little-known outside the industry professional Gazovik head controlled by “Gazprom” “Sakhalin energy” Roman Dashkov. Representatives of other subsidiaries of state-owned companies in the list were not included. “Sakhalin energy” is not even the largest subsidiary of the monopoly, but the only producing LNG because really directly competing with American companies in the global market.