The Chairman of the Board “RUSNANO” Anatoly Chubais said in a generally complete discussion about the need for the commissioning of renewable energy sources. About this newspaper “Vedomosti”, owned by the family Demyan Kudryavtsev. 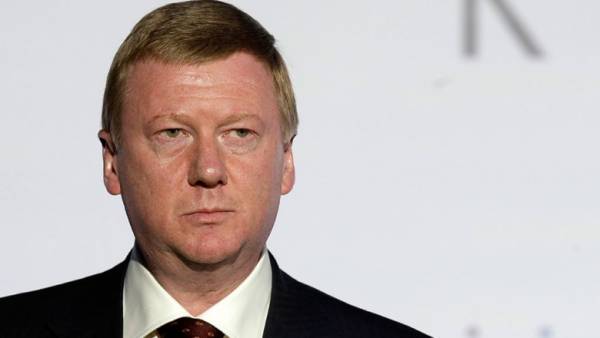 According to Chubais, many countries are now switching to renewable energy, and the extent of this process is staggering. “The numbers are absolutely magical, just extraordinary. The plan of introduction of renewable energy in China in the coming years more than the entire installed capacity of the power system in Russia. It is absolutely unthinkable for the energy thing,” he said.

It said that at the end of 2017, the total capacity of the Russian power system was 240 gigawatts, and the power available at the China renewable energy — 650 gigawatts.

“This is China, but when there, in the program of renewable energy are included Zambia, Ethiopia, and Lebanon — I don’t remember — one of Hispanics, this means that the debate is over”, — said the head of “RUSNANO”.

At the same time, Chubais believes that “Russia managed to jump on the bandwagon of the train, and our national program of renewable energy development looks absolutely adequately on the global level.”

The development of renewable energy in Russia is hampered, according to Chubais, low energy cost.

In mid-December 2017, the President of Russia Vladimir Putin demanded from the government to limit the increase in electricity tariffs at a level not higher than inflation. The head of state pointed to the need for modernization of thermal power.