The President of Russia Vladimir Putin during the ceremony of signing the General agreement between government, unions and employers in 2018-2020 years, said the growth in industry and agriculture. According to the head of the state, is the result of work of our citizens, RIA Novosti reports. 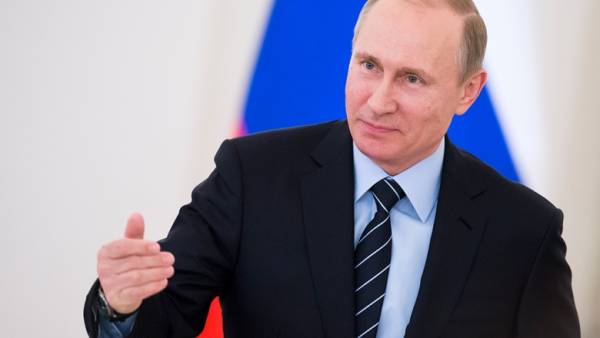 “Today, the recession period we have passed. In some sectors, including in industry, in agriculture, the rise. We are faced with the common task to ensure its long-term, sustainable, in General, to set the economy on a positive trajectory. And that it is fundamentally important to ensure the growth of real incomes of citizens”, — said Putin.

The President noted that the success would not be possible without the efforts of the citizens.

“We need to remember is that economic results do not come by themselves. It is the result of human labor and the guarantee of the effectiveness of our economy, further increasing its competitiveness and decent conditions for work, increasing productivity,” he said.

According to Vladimir Putin, one of the important conditions for the development of the national economy — the introduction of new technologies and the creative potential of employees.

“The employee should be able to one hundred percent realized in the profession, with the maximum benefit and impact to apply their knowledge, skills, skills, improve skills and go on the stage of your career,” he said.

Thus Vladimir Putin has noticed that work of people must “fairly and adequately paid”.