Map fitness app has helped calculate the US military bases

MOSCOW, 29 Jan — RIA Novosti. The experts found on the map app Strava military bases in several countries, including the United States. The movement of troops to the places of dislocation was given fitness trackers, and mobile devices, writes The Verge. 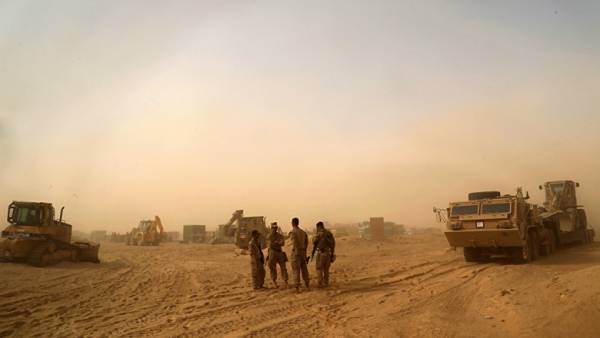 In November last year, the fitness app Strava, which allows users to track the distance traveled using data from satellites, published a map with information about the movements of the owners of millions of devices.

The Network has paid attention to unusual activity in war zones, including Afghanistan and Syria. There, a significant distance from settlements and other places where they can be used in fitness trackers, users find cyclical routes, for which, apparently, move military patrols.

“Strava has published a global map… Looks nice, but it is a problem to maintain the secrecy of the operations. US bases are easy to identify,” writes Nathan Ruser.

Released their Strava global heatmap. 13 trillion GPS points from their users (turning off data sharing is an option). https://t.co/hA6jcxfBQI … It looks very pretty, but not amazing for Op-Sec. US Bases are clearly identifiable and mappable pic.twitter.com/rBgGnOzasq

“A U.S. air base built in 2016 near the village of Thabit, 35 km South of Kobane, to support Democratic forces in Syria against ISIS*” — shared the supervision of Mr. Ghostly.

US airbase build in 2016, near the village of Sabit, 35 km south of Kobani, to support SDF operations against ISIS: https://t.co/lkO2XhDwH8 pic.twitter.com/rHwZvAv5tl

“That’s positions around Mosul. (or is it the locals who run circles around their homes) — ironically Tobias Schneider.

So much cool stuff to be done. Outposts around Mosul (or locals who enjoy running in close circles around their houses): pic.twitter.com/wHItJwYUUI

Users report that the us bases are most noticeable on the map. In addition, note the activity, presumably Russian and Turkish troops in Syria.

Representatives of the military departments has not yet commented on this information.