Moscow. 29 Jan. INTERFAX.RU — the Australian Government distanced itself from the United States ‘ new national defence strategy, in which Russia and China are considered as more serious than terrorism, threat to peace and security. 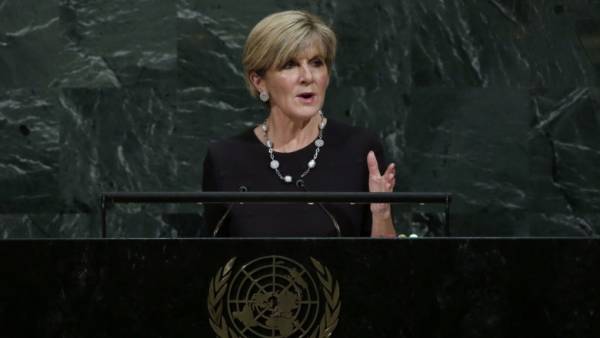 “We got just another point of view on Russia and China. We do not see a military threat to Australia from Russia and China,” said Australian foreign Minister Julie Bishop in an interview to Sky News Australia.

She said: “We continue to work closely with China. We hold with China and other countries in the region, joint military exercises, and continue this.”

The TV channel reminds that the Australian Prime Minister Malcolm Turnbull has previously stated that “except for North Korea, no country in the region has shown no hostility towards Australia.”

However, the defense Minister, Maris Payne recently said that Australia “shared the concerns” made in U.S. defense strategy.