At the protest of opposition leader Alexei Navalny in Petropavlovsk-Kamchatsky one person came. Data on the number of participants of rallies in support of it published on the website of the Council under the President of Russia on development of civil society and human rights (HRC) on Sunday, January 28. 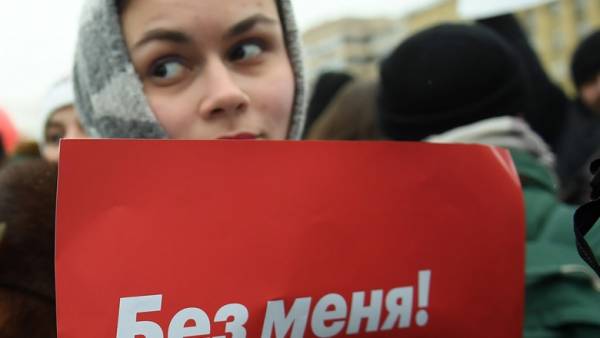 In Yekaterinburg, the opposition gathered 900 people, followed by Novosibirsk (600 participants) and Nizhniy Novgorod (550 participants). In Perm and Chelyabinsk the action was attended by at least 400 people. In Omsk, Saratov, Samara, Krasnoyarsk, Tomsk, and Vladivostok, the observers counted about 200-250 participants.

In total, according to the HRC, events in support of Navalny called for not more than five thousand people throughout Russia.

As reported on the website of the Ministry of internal Affairs of Moscow, the opposition leader was detained during an inconsistent with the authorities of the capital stock on Tverskaya street. He was taken to the regional police Department for drawing up an administrative Protocol on violation of order of organizing the rally.

“In place of the inconsistent public events on Tverskaya street of Moscow city and the surrounding areas are about a thousand people”, — stated in the message.