ANKARA, January 28. /TASS./ Turkish armed forces had “neutralized 557 terrorists” in the framework of operation “Olive branch” in the area of Afrin in Northern Syria. This is stated in a statement on Sunday statement from the Turkish General staff. 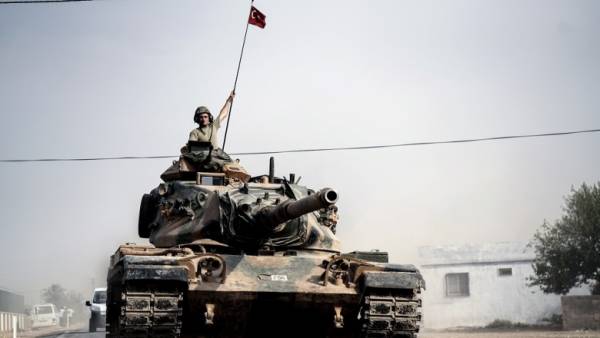 “Sun in the course of “operation Olive branch” over the past day destroyed 73 goals, including shelters, caches of ammunition and firing positions of terrorists from units of the “forces of the people’s protection units” (SNA), the Kurdistan workers ‘ party, the party “Democratic Union” (DS) and the extremist group “Islamic state” (IG banned in Russia — approx. TASS.) Since the beginning of operation “Olive branch” destroyed 557 terrorists”, — the document says.

The General staff of the Turkish armed forces announced on 20 January on the beginning of “operation Olive branch” against the troops of the SNA (part of an armed coalition “Forces of democratic Syria”) and of DS in Afrin, home to some 1.5 million Kurds and refugees from other areas of Syria. These organizations Ankara considers a terrorist.