Israel has criticized Poland for the draft law on concentration camps

Moscow. 28 Jan. INTERFAX.RU — Israeli Prime Minister Benjamin Netanyahu issued a harsh criticism of the bill, which will soon be considered by the Polish Parliament and in accordance with which it will be forbidden to mention that the Nazi concentration camps were Polish. 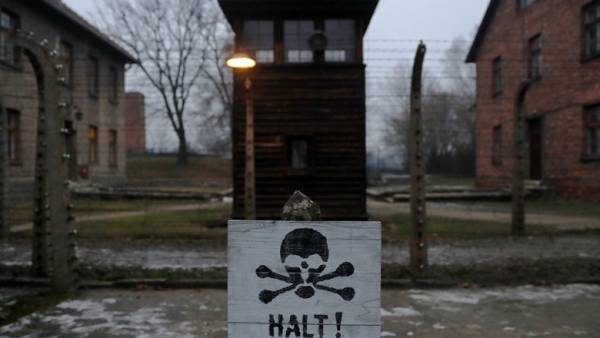 For such statements and for the claim that Poland is also responsible for Nazi crimes, punishable up to jail time.

“I strongly oppose this. You can’t change history, you cannot deny the Holocaust”, — quotes the words of Netanyahu “bi-Bi-si”.

On Friday 26 January, the document was approved by the lower house of Parliament. As expected, the bill passes Polish Senate, then it must sign the President.

According to The Guardian, many poles believe that the phrase “Polish death camp” implies that occupied Poland participated in the camps. The publication notes that the bill will become a prerequisite for criminal prosecution anyone who does not agree with the decision taken at the state level believed that the poles were exclusively heroes in the war and in no way was complicit in the crimes of the Nazis.

“It is a historical fact that many poles helped murder Jews, gave them to the Nazis, mocked them and even killed them during and after the Holocaust,” said Minister of education of Israel and of Diaspora Affairs Naftali Bennett, stressing that the phrase “Polish concentration camps” can really be understood in different ways.

“A historical fact and what is German Nazis initiated, planned and built the death camps in Poland”, — he stated.