In the USA modernized the largest non-nuclear bomb

MOSCOW, 27 Jan — RIA Novosti. The US air force has upgraded its most powerful non-nuclear ordnance — aerial bomb GBU-57, it reports Bloomberg with reference to the representative of the office of captain Emily Grabowski. 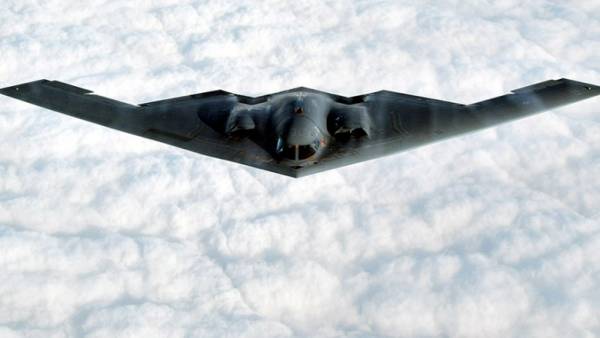 A new modification of the “more effective against well protected and located deep underground targets.” This bomb weighing more than 13 tons and charge almost 2.5 tons of explosives able to penetrate the soil to a depth of 61 meters, it can only carry the B-2 bomber. GBU-57 can be used against underground facilities in the DPRK, the US relations which continue to be tense, the article says.

B-2 bombers in January was placed on the island of GUAM in the Pacific ocean. Was sent to the region and GBU-57, Grabowski refused to clarify.

In April of last year, the United States has used in Afghanistan bomb GBU-43/B, which was nicknamed “mother of all bombs”. According to the Pentagon, the explosion of the munition with a mass of 9.5 tons destroyed 36 terrorists, later in mass media there was information that the militants suffered no losses.

Russia also has a similar weapons — aviation vacuum bomb of increased power (AVBPM), known as the “father of all bombs”. The power of the ammunition is approximately 40 tons in a trotyl equivalent.