Among them were two children. 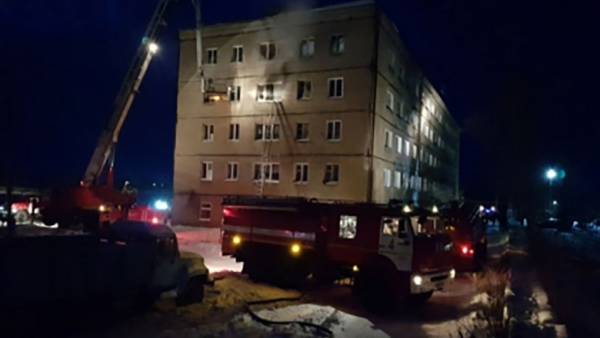 OMSK, January 28. /TASS./ Five people, including two children, were killed and another seven injured in a fire in a hostel in the village Novoomskiy Omsk region, reported on Sunday a press-service of the regional SU RF IC.

Today, about 5 hours and 30 minutes in the morning (02:30 GMT) in the village Novoomskiy in the suburbs of Omsk there was a fire 5-storey building of the worker dormitories. During the fire, according to preliminary data, killed five people, including two minors, 13 and 14, another seven people were injured.The press service of the SU IC

Currently, the investigators conduct scene survey and investigate the cause of the fire. Solves a question on excitation of criminal case under article of the criminal code “Causing death by negligence”.

The emergencies Ministry said that rescue workers evacuated from the building of 60 people, 90 people have left the Dorm. The fire was extinguished at 08:29 (05:29 MSK), its liquidation was attended by 46 firefighters and 13 pieces of equipment. The basic version of a fire — careless handling of fire.