MOSCOW, January 26 — RIA Novosti. The Ministry of foreign Affairs of the Russian Federation said that if the U.S. government, expanding sanctions against Moscow, prefer to tear economic and other ties with Russia, it is their right, the Russian side reserves the right of reply. 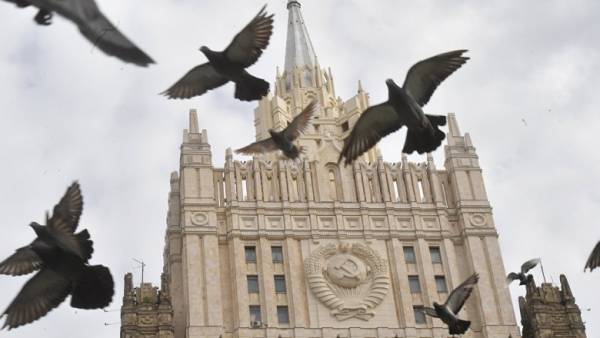 The Department also noted that Washington cannot get rid of illusions that Russia can be scared by failures in the American visas or trade restrictions, to force him to give up independent policy in the international arena, from defending its national interests.

On Friday, the US imposed new sanctions because of the situation in Ukraine. In the sanctions list included 21 citizen of Russia and Ukraine (mostly from the unrecognized republics LNR and DND), as well as nine companies registered in Ukraine and in Russia.