Media said, as China intends to create a state of the art army 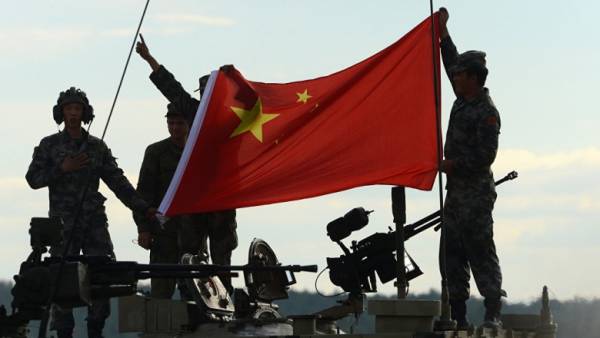 It is reported that the people’s liberation army (PLA) has attracted professionals to work in the Chinese Academy of military Sciences. More than 95% of the researchers have scientific degrees and, in particular, spetsializiruyutsya quantum technologies and artificial intelligence.

The publication notes that this measure is related to the intention of Beijing to become the military-technical superpower and catch up on the performance of the United States. This, in particular, is connected with the attempts of Chinese President XI Jinping to create cutting-edge army, which “would be able, if necessary, to repel any enemy.”

At the parade in 2015, the leader of China announced the intention to reduce the number of armed forces in the country to 300 thousand people from the non-combat part, while making the army more mobile and more efficient. However, while the PLA continues to be the most populous in the world, in its ranks composed of some 2.3 million troops, or 0.18% of the population.