The resort will be able to attract young people from all over the North Caucasus, said the champion of Sverdlovsk region in ski slope style Andrew Poluyakhtov. 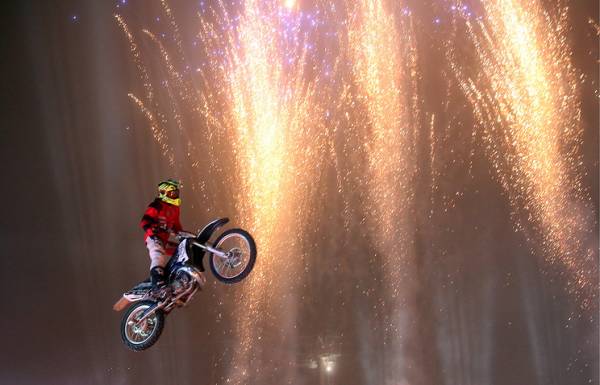 GROZNY, January 26. /TASS./ On Friday in Chechnya has opened a ski resort “Veduchi”. Yet opened for tourists service center with rental, chairlift, with a length of 800 meters and a kilometer-long track for beginners, but for the next few years planned a lot of work. On the occasion, which was for the region the opening of the “Veduchi”, the expectations that are associated with it, and plans for the development of the resort — in a report by TASS.

On Friday, the mountains of the Itum-Kale district of Chechnya, about 80 kilometers from Grozny was enveloped in a thick fog. He did not become a hindrance for dozens of visitors, athletes and journalists who came to the opening of the resort “Veduchi”. Before the opening ceremony, the children received the first lesson skiing.

“It’s the guys from the Itum-Kali and Tasbih, from two schools, and they are the first who stood on this slope. The “Resorts of the North Caucasus” have a project “Ski name.” The third year he works at the “Arkhyz”, and the second year at “Elbrus”, and this year starts with “Veduchi”. Children from schools will be here to come and do for free, they will be provided with equipment and trainers who will be with them to stand on the slope”, — explained TASS the press service of the company.

The new track was able to experience and the older children, for example, a skier Rizvan Kadyrov. “Good resort, great track — you can relax. I just recently learned to ski, but today was invited to the opening. Young people in Chechnya, like skis and snowboards, I’m sure that will come with pleasure to a rest,” he said after the descent.

Athletes also positively assessed the prospects of the resort. “Great hill, great hill, I saw a plan for how to develop the resort is wonderful. We are in 2013 saw the creation of the resort began, and what it has become now. The resort is expected to attract youth from the entire North Caucasus, “Veduchi” great prospects”, — shared his impressions after the descent Andrew Poluyakhtov, the champion of Sverdlovsk region at the ski slope-style.

According to him, to learn to ski or snowboard should be an average of five to ten lessons with an instructor. For it is the resort of all the possibilities. On Saturday, the first tourists will be able to rent skis and snowboards at the rates lower than on other resorts of the North Caucasus.