“Armpit, I have not shave”: the live Russian feminists

MOSCOW, January 26 — RIA Novosti, Igor Karmazin. A new wave of interest in miprove relations has risen in Western countries. The reason — the accusations of the stars of politics and show business sexual harassment. It would seem that women have long had equal rights with men in education, work and personal life. 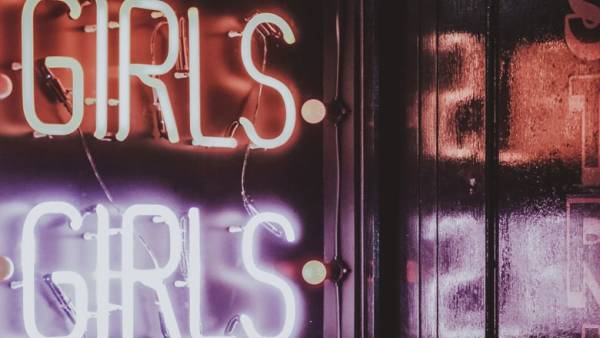 But feminists, including Russian, do not think so. RIA Novosti has tried to find out what live the fighters for the rights of the weaker sex.

They are all so different

In the result of a succession of sex scandals “feminism” in the United States was recognized as the main word 2017. The American company Merriam-Webster, publisher of dictionaries, has noted that this term is most often searched on the Internet: the number of requests compared to 2016 increased by 70%.

In Russia the problems of sexual relationships is not so much excite society. But we also have our own feminists, according to some estimates — tens of thousands. However, the activities of many of them is limited only to the discussions in social networks.

Themselves feminists recognize that no single movement, the belief system has not developed. There is radical feminism, liberal, anti-capitalist. There are those who are particularly concerned about the equality of women’s rights in Asia and Africa. Others advocate only for greater political rights.

Thus, it is believed that only a woman can run the government — they say this will help the maternal instinct.

The feminists theologians draw attention to discrimination against women in religious teachings in most religions in the image of God appear to men, and women are often the source of sin.

Priests may be men-only. However, the most important feminists believe opposition to the Patriarchy — male dominance, male authority in society.

Candidate of legal Sciences, head of the project “Насилию.Net” Anna Rivina believes that gender issues in Russia are often ignored: “a Woman is perceived by society as a wife, mother, staff, sexual partner and the list goes on. It did not see the man! Maybe she wants to fly into space or a thesis to defend? Nobody cares, its success is still evaluated at the arranged personal life.”

According to her, women are forced to defend their right to life and health.

Violence occurs in every fourth family. In our country officially about 100 billion of unpaid child support. Men leave women with the children, quietly give birth to a new family, give birth to new children and forget about their previous responsibilities.Anna Evenremotely project “Насилию.Net»

Feminists also talk about the inequality in their professional career. According to official data, the Russian economy employs nearly the same number of men and women: 37 million and 35 million respectively. However, the salary of men for the same work an average of more than 27%. “Many women share the demand of equal rights, but would never call themselves feminists, says sociologist and Director of the Center for social analysis of the Institute of globalization and social movements Anna Ochkina. — Feminism in the mass consciousness is identified with the rejection of femininity, and it’s for our fairer sex is unacceptable. Feminists associated with megapotamicum, rejection from family, from children — unattractive way.”

In social networks there are several popular — tens of thousands of subscribers — feminist communities. Most closed resources with very strict rules and watchful moderators. Banyat there are not only objectionable comments, but likes such comments. Can sometimes block, even for posts, comments and likes to other communities. In some groups by default, sent to the ban of all men. Widely used feminitiy — masculine words, converted into a female. Not “the doctor”, and “brachina”, not “familiar”, and “znakomitsa”, not “the author” — “autorka”.

“I long ago abandoned most of beauty practices. Armpit not shave, stop shaving legs, putting on makeup, walk in heels. I’m so much more comfortable, I feel like myself. People look askance sometimes, but negativity is not. Help tattoo is a marker that the man is a freak and teach him life is useless. Outside of social networks there is no problem, except, perhaps, some “social ignore”, but basically the fact that I rarely smile, and the sellers did not speak with me for taxi drivers to survive quite easily,” — says the participant of one of the communities Olga.