Work in Russia with slight variations

Students are the most sought-after universities are losing interest in international employers. 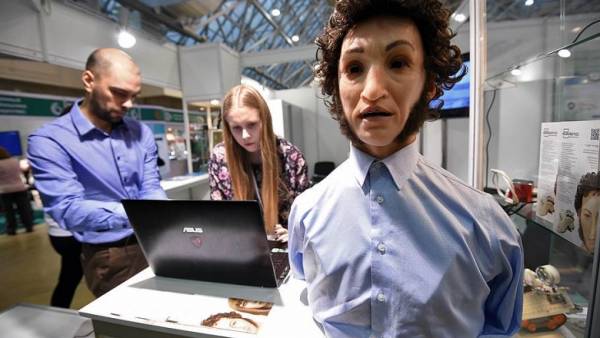 The Russian company Future Today, yesterday published a rating “Best employers-2017”, is built on surveys of almost 20 thousand students under the control of the largest employers, as well as counter a rating of faculties and students which guided the most popular employers. Russian companies are gradually replacing international of the top 30 employers, the directions of training graduates that are most in demand on the market practically have not changed is the economic, technological and mathematical faculties of leading universities.

A rating of “Best employers-2017” specializing in attracting graduates of the Russian company Future Today holds the second time — it was first introduced in January 2017. The main problem of such research is the absence of crossings of the target audience of the employer with samples of traditional surveys and the comparability of data. For removing these effects, as well as for maximum accounting of interests of employers Future Today, developed methods of calculation, together with McKinsey and included in the Supervisory Board of the dozens of HR-specialists of the largest employers.

During the year the Supervisory Board of the rating is increased one and a half times and now includes more than 60 companies, including BMW Group, Deutsche Bank, Johnson & Johnson, JTI, Mail.ru Group, Mars, Microsoft, McKinsey & Company, PwC, Unilever, MTS, Nornikel, SIBUR, Bank etc. the Sample also increased significantly: the number of respondents of students from leading universities (graduates of 2018 and 2019) — half (from 10.3 to 19.5 thousand thousand), the number of universities from 11 to 38.

The surveys were conducted from September 2017 through January 2018 179 on the faculties of the most sought-after employers universities, including MGIMO-University, MGTU im. Bauman, Moscow state University, MIPT, NSU, Higher school of Economics, REU them. Plekhanov, NES, St. Petersburg state University, Ural Federal UNIVERSITY named after. B. N. Yeltsin, Financial University under the government etc. According to the results of this work Future Today, appreciated by employers and universities that prepare workers for them, in three aspects: it is “the Most popular departments at leading employers, Best employers for evaluation of students from leading universities” and “Best employers in their target audiences”.