MOSCOW, January 26 — RIA Novosti. Former Governor of Kirov region Nikita Belykh, speaking with the last word, he compared himself to the hero of the novel by Ken Kesey “one Flew over the cuckoo’s nest”, the correspondent of RIA news from the hall of Presnensky court of Moscow. 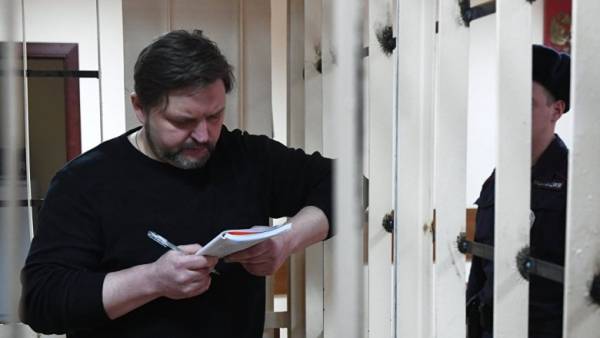 The only fair solution, according to White, it would justify it.

“Five hundred and eighty-two days I was in detention all this time, I think, how did this happen, who benefits and why I am here… And as the protagonist of the novel by Ken Kesey, I can say “I tried, damn it”, — (but) someone didn’t like it,” said White, wishing Kirov region prosperity.

According to White, he is not ashamed for his work as Governor, although he acknowledged that he “made mistakes.”

“But everyone makes mistakes, in General, for making money makes no sense to go to work as the Governor of the Kirov region, my goal was to show that the government can be open and democratic. I tried to make decisions openly and transparently, taking into account all opinions,” said White.

Now he, in his own words, “one wish and one dream: to be with people I love and who love me” (when he was already under investigation, White married straight to jail).

“I want the court adopted a fair decision and acquitted me,” said the defendant.

The meeting started late, as have White, whose health deteriorated during the investigation, blood pressure rose, and the doctors gave him a shot. Because of the state of health of the defendant a number of previous sessions the court had to spend in jail.