The President of the United States, Donald trump intends to sign a decree that will allow you to save military prison at Guantanamo Bay. This writes Politico, citing a draft document. 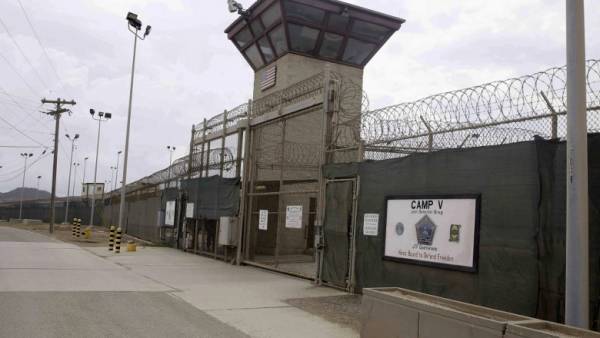 According to the publication, the decree, the us leader will sign on January 30. It is noted that the order of the trump will cancel the portion of the decree, signed by former President Barack Obama in 2009, which refers to the early closure of the prison.

It is reported that trump has repeatedly stated that it does not support the idea of closing the prison. According to him, the transfer of prisoners from her is a threat to US security. According to unconfirmed reports, at the present time in Guantanamo Bay is 41 people.

Camp for persons accused by U.S. authorities of terrorism and in the war on the side of the enemy, opened in January 2002 on permanently leased US naval base in guantánamo Bay. Special prison gained notoriety after the information in the media about the brutal torture of prisoners.

Previously portal iz.ru he wrote that supporters of closing Guantanamo Bay staged a protest in front of the White house on 12 January this year. Activists wore orange overalls and black bags on their heads.