Israeli tanks will be unkillable

The best tank fleet of the Army of defense of Israel over the next three years will be equipped with active protection “Meil Ruach”. In an interview with Jane’s said yiftah Kleinman, head of systems for the protection of ground equipment of the company “Rafael”. 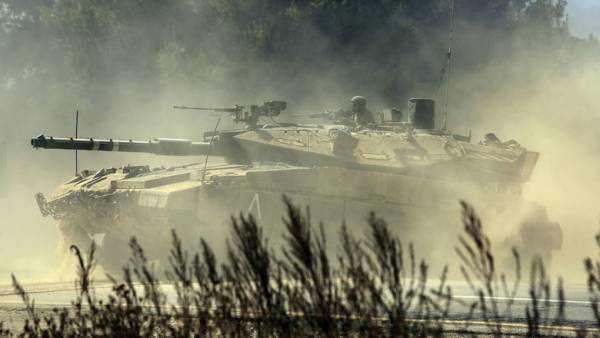 A summary of the conversation leads to my blog user Oleg Granovsky, covering news of the Israeli army.

It is reported that the system “Meil Ruach” will receive including tanks “Merkava-3” which, in particular, is equipped with one of the regular armored brigades of the “barracks”.

According to Kleinman, this complex, selected us military for their tanks “Abrams”, was tested in the United States. The tests were performed at temperatures from minus 25 to plus 50 degrees Celsius, the machine was bombarded with the most modern types of anti-tank weapons in different situations. There were 48 attacks techniques”, Meil Ruach” and in any case, the system was not broken.

It is noted that the level of security the system is very high. He was tested not only in landfills, but in real combat conditions.

Active protection is a system located on an aircraft, a tank or another armored vehicle, which puts the interference after detection of an approaching anti-tank munitions (e.g., guided missile). Such systems are able to destroy the attacking ammunition or severely weaken them. The use of such systems significantly increases the survivability of tanks.