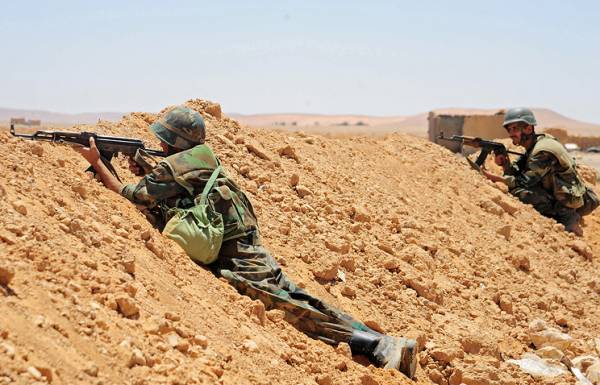 MOSCOW, January 26. /TASS/. The Syrian military 24 Jan eliminated a squad of five militants in the district of al-TANF, which is under the control of the United States, we destroyed the terrorists discovered by modern equipment of electronic warfare (EW) in Europe. This was announced on Friday at the Russian Centre for reconciliation the warring parties in Syria.