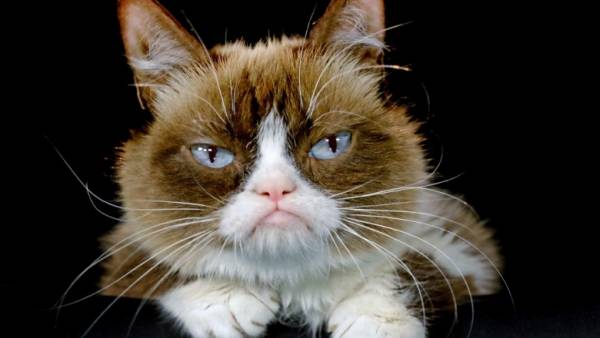 Representatives of the Grenade has signed a contract with Bundesen to use the image of Grumpy Cat for commercial coffee Grumppuccino. Paying the hostess 150 thousand dollars, the company began to use a picture of a cat and other products, and began producing with her themed t-shirts.

According to lawyers Grenade, Bundesen has violated the contract — not mentioned a brand in social networks, thereby failing the launch of the Grumppuccino and along with the cat refused to participate on the Grumpy Cat movie.

However, the jury sided with the woman. The court ordered the company to pay the owner of the animal 710 thousand dollars.

According to Bedzin, after the verdict, she felt justified. “Has the jury reached a fair decision,” she said, noting that this was the first trial devoted to claims of copyright infringement on meme.

Cat meme Grumpy Cat, whose real name Tardar Sauce, became popular in the network in 2012. Then an unusually gloomy pictures of the animal were posted on Reddit and won the hearts of users. In the end, Grumpy Cat has gained more than 8 million followers on Facebook and 2.4 million on Instagram.