Britanski, musician Elton John announced the end of touring after 50 years on stage. The latest series of performances will be One Last World tour, which will begin in September 2018. 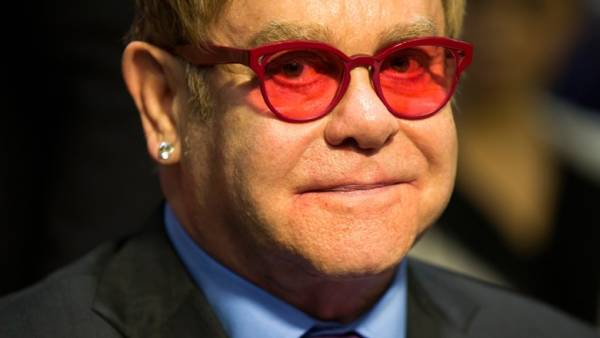 This was announced at the meeting in representation of the company YouTube a special press conference was broadcast simultaneously in London and new York.

According to sir John Elot, his priorities in life have changed, and in the first place now are family and children.

Last year sir Elton spent two days in intensive care and more than a week in the hospital.

As announced by his managers, the reason was a potentially fatal bacterial infection, which he received during a tour of Latin America.

Musician had to cancel nine concerts in Las Vegas and California.

However, in 2017, Elton John appeared as himself in the Comedy Thriller “Kingsman: the Golden ring” and played 87 concerts. The musician has performed in Europe, Australia and in the concert hall of the entertainment complex Caesar Palace in Las Vegas, where he was for six years, is a regular performer and leads his show The Million Dollar Piano.

On my site Elton John shortly before the official announcement appeared saver with a quote from his hit 1973 Goodbye Yellow Brick Road, “I finally decided that my future lies… “.

On the personal website of the singer his performances in Las Vegas painted before 19 may and 30 June and 1 July 2018 it is planned to two of his concert at the Georgian black sea resort Shekvetili.

Next Sunday Elton John to sing a duet with singer Miley Cyrus at the ceremony of awarding music awards “Grammy”.

Also next week sir Elton will hold creative a concert in his honor, which will be held in the arena “Madison square garden” in new York, Sam Smith, Chris Martin, keisha, John legend and Keith urban.

It is known that Elton John working on musical based on the film “the Devil wears Prada” and a remake of the cartoon “the lion King”, the output of which is scheduled for 2019.

Despite the announcement of his final tour, it is unlikely sir Elton has completely stopped concert activity.

Then he Elton John has said it wants to spend more time with their sons — seven-year-old Zachary and five-year, Eliza.

“In the next six months will probably have to make a decision. I will no longer give tours — but not to act as stops, namely, to tour. 70 is not 60 and not 50. I want to spend more time with my boys”, — quotes the Daily Mail newspaper.

Elton John first began performing in the mid-1960s with his band Bluesology and his first international tour began in Los Angeles where he as a solo artist made in 1970-m to year.

During his career, sir Elton has given more than 4 thousand concerts in more than 80 countries.

On account of his 31 platinum and 38 gold albums. His single 1997 Candle in the Wind became the most sold in history of the music industry.