The prosecution asked for White ten years of a colony

The Prosecutor also asked to be fined a former Governor of the Kirov region of 100 million rubles. 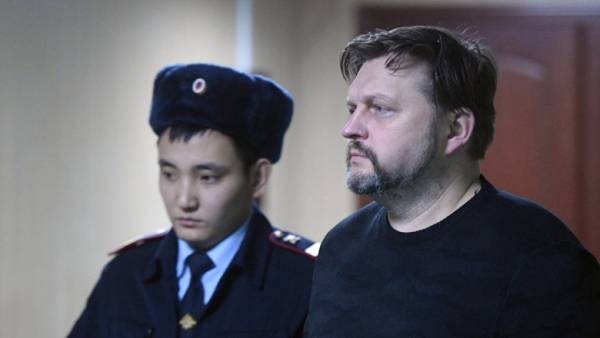 MOSCOW, 24 Jan — RIA Novosti. The prosecution asked the court to appoint the former Governor of Kirov region Nikita Belykh ten years of strict regime colony and a fine of 100 million rubles for bribery, according to prosecutors.

“During the debate of the parties in the case of Nikita Belykh, the public Prosecutor Marina Dyatlov invited the court to declare the ex-Governor guilty of receiving a bribe in especially large size and to appoint punishment in the form of ten years of imprisonment with serving in a colony of strict regime. Also, the prosecution asked to assign White a fine of 100 million rubles,” — said the official representative of SE Alexander Kurennoy video, published in the Telegram-channel Department.

The ex-Governor is accused of bribe reception in especially large size. According to investigators, in 2012-2016 it personally and through intermediaries has received bribes for a total amount of 600 thousand euros. White was caught red-handed 24 June 2016 in one of the Moscow restaurants.

Shortly thereafter, Vladimir Putin took officials from office of the Governor in connection with loss of trust. Himself of White guilt does not recognize.