Kostin said about the developed West, the economic war to change the President of Russia

Sanctions policy of the West is a full-scale economic attack on Russia with the aim of changing the government and the President, the President — Chairman of VTB Andrey Kostin. 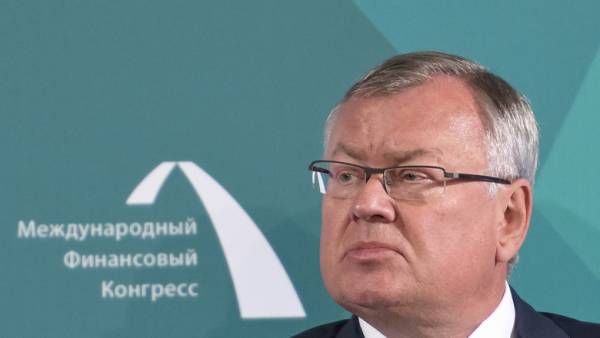 “I think they want to use sanctions to exert pressure on Russia, to the Russian Federation changed the government, the President, someone more suitable for them,” Kostin said at a business Breakfast VTB within the framework of the Davos economic forum (quoted by “Prime”).

This is an economic war is not just a trade war, when you just restrict a little import or export. This is a really full-scale attack on Russia, in the Russian society, with a lot of pressure on the economy. This is a very big economic valandra Costin

Earlier Kostin in an interview with the Financial Times warned about the threat of a military conflict in Europe because of a “new arms race”. “NATO asks for more weapons and distributes it in Europe and Russia will respond exactly the same,” — said Kostin. This creates the danger of collision between forces of Russia and NATO, and benefit only the generals and arms manufacturers, said the banker.

Kostin also said he was not concerned about the prospect of a possible personal sanctions, however, worried about the fate of VTB in the case of strengthening sanctions pressure on the Bank.