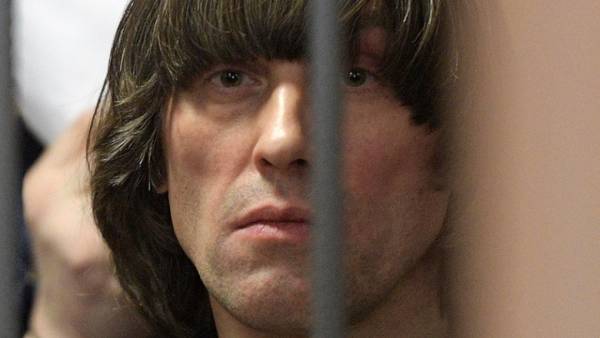 “Drymanov, the acting first Deputy Dennis Nikandrov, as well as the head of the Investigatory Department on TSAO Alexander Kramarenko for illegal monetary reward intermediated (businessman Dmitry) Smickovska has taken steps to address the issue Kochanova on release from custody by retraining the incriminated crimes arbitrariness,” — said in the indictment in the case against the chief of management of own safety of the RCDS Mikhail Maksimenko issued a ruling in the Moscow city court on Tuesday.

As follows from the indictment, “in the future, [and] provided Dryanovo memo about the necessity of requalification actions Kochanova and (Edward) Romanov, about change of a measure of restraint on not connected with detention in the absence of legal grounds”.

“Despite this Drymanov has approved these proposals and ( … ), and asked Nikandrov continue supervision of investigation of criminal case”, — said the Prosecutor.

19 July 2016 Maksimenko, his Deputy Alexander Limonov and the first Deputy head of the Moscow dome RCDS Denis Nikandrov has been detained by employees of FSB and SKR on suspicion in receiving a bribe in especially large size (part 6 of article 290 of the criminal code). In their places of work and residence were searched, the same day they were sent into custody.

The consequence incriminates to the officers of the TFR receiving a bribe of $500 thousand from the businessman Oleg Shahmatova for retraining charges Kochanova (Italian) for the first time on Rochdelskaya street in December 2014, which killed two people.

In addition, in relation Maksimenko investigated seven episodes of the criminal case, including taking bribes in the amount of $50 thousand from the businessman Badri Shengelia.

None of the defendants does not admit his guilt.

“The accusation is clear to me. The guilt I don’t recognize any of the episodes. I didn’t get any bribes from Shahmatova, no Shengelia,” said Maksimenko in the Moscow city court on Tuesday, where the criminal proceedings.

According to the officer, a plea of not guilty on both counts “they say the testimony of the witnesses and objective evidence”.

“Furthermore, I declare that I have put pressure on the FSB to slander himself and other persons”, — said Maksimenko.

He added that other officers arrested with him — his Deputy Lamonova and first Deputy head of GSU SKR across Moscow has also exerted pressure.