Shoigu announced the new contract on deliveries of s-400 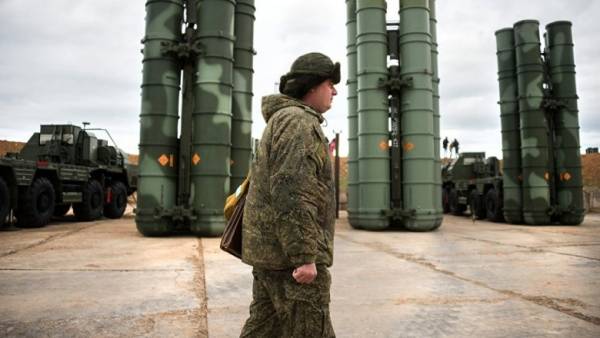 He called the s-400 “unique complex”, the characteristics of which are not surpassed anyone in the world. According to him, this confirms the recent agreement to supply air defense missile systems to Turkey, one of NATO members.

Shoigu stressed that without discussing the purchase of Russian weapons already, none meeting with foreign colleagues.

He noted that the two sets of “Triumph” are on duty around the clock in Syria. Russia ready to share experience in the application of equipment and weapons in the Arab country.

“First of all, of course, our combat aircraft, equipment and weapons of the Land forces, special operations Forces and private place — the Russian air defense system. We are talking not only about such complexes as “Carapace”, which was used in Syria, but also about antiaircraft rocket systems s-300 and s-400″ — said the Minister.