MOSCOW, 22 Jan — RIA Novosti. Russian President Vladimir Putin signed a list of changes in the statutes of the Armed Forces, the document was published on the official Internet portal of legal information. 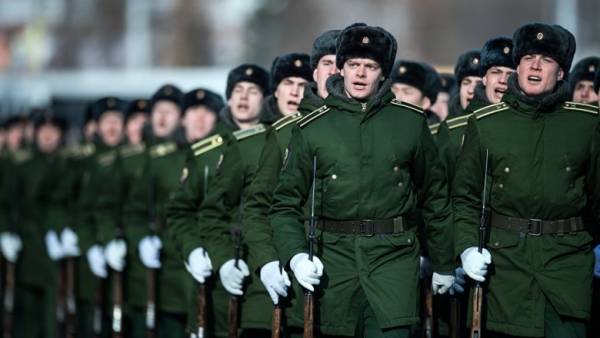 According to the introduced in article 58 of the Charter of internal service changes, if the commander congratulates a soldier or thank him in the way he says “I Serve Russia”.

Likewise, to the gratitude of the commander or the chief of the soldiers, standing in formation, also reply with the words “Serve Russia”. In the previous version of the Charter they were supposed to say “Serve the Russian Federation”.

The President signed the document also makes changes in the Disciplinary regulations and the Charter of garrison and guard services of the Armed Forces.